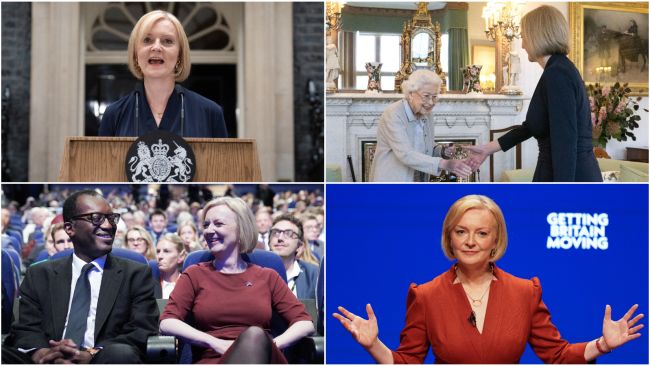 Having moved to Peebles in 2002, ‘Stooriefit’ Bosco Santimano gives us his own take on what he feels is the hot topic of the day. This week it’s Priti Patel’s racist and illegal policy to relocate asylum seekers to Rwanda.

Its mind blowing to see the brazen attitude the Tories have taken despite the party gate, energy crisis, Rishi Sunak’s wife’s non-dom status and many scandals to have hit Boris Johnson and his merry band of criminals. They are invincible and rightly so, because they have a solid majority in parliament and mandate from the English voters to do whatever they want for the good of making Britain Great once again.

So! What’s the big fuss about this new draconian refugee and asylum policy introduced by Priti Patel? Well! Quite a few legal, moral and ethical issues to start with, as the Tories have been keen since they were voted in 2010 to copy the Australian model of immigration and dealing with asylum seekers and refugees fleeing war torn areas. The country of choice has a very recent history of genocide and the current President Paul Kagame, ex-military, has been in power since 2000 and is well known for his iron grip on the country. Kagame previously commanded the Rwandan Patriotic Front (RPF), a Ugandan-based Tutsi militia. Human Rights Watch has claimed that since Kagame took office, people have been prosecuted for doubting the official government’s explanation about the genocide. The rights body lists a long series of murders, disappearances, politically motivated arrests and illegal arrests of critics, opposition members and journalists. So much for the UK government’s record for dealing with tough regimes and dictators around the world when it suits them.

The initial costs to the Rwanda scheme are £120 million for up to five years. This excludes all other support costs which the British taxpayers have to bear and also, we have to keep in mind the UK governments obscene levels of always going over-budget by millions. Does anyone remember the original cost for rolling out Universal Credit?  It was £40 million over 4 years! It is now over £300 million and counting. Taking responsibility is not the strongest point of this Tory government. My question is, will all refugees and those seeking asylum be sent to Rwanda once they arrive in the UK? The answer is no for now as only Ukrainians fleeing war are being offered full support and direct access to some benefits and other privileges that other refugees and asylum seekers can only dream about. The Tories once again have shown utter contempt to equality, immigration human rights and other laws, both locally and internationally.

Finally, who gets the initial £120 million contract to move refugees to Rwanda? The usual suspect Infosys, the company that was founded by Rishi Sunak’s father-in-law! Ms Murty, Rishi Sunak’s wife reportedly owns a 0.91% stake in the business, which has secured £50 million in UK public sector contracts since 2015. Rishi Sunak was a shareholder in this company but transferred his shares over to his wife before he became an MP in 2015. Akshata Murty’s stake in Infosys is believed to be worth £500 million, meaning she’s likely to be richer than the Queen. Rishi Sunak has not mentioned this stake or most of his wife’s other assets in his register of financial interests – a Parliamentary information resource intended to ensure open democracy. Double standards, nepotism and corruption is what the Tories do best.

Published in The Peeblesshire News on Friday 22nd April 2022

Once again, Multi-corporations are trying their best to mitigate the damage caused by the UK tax payer finding out about their not so “Social Responsibility” tag.  This headline news, once again is a clever ploy, to distract the public by putting out a statement through news channels about them taking this seriously. Once again, time will tell, whether anything will really change in the long term. For the common man/women £100 million is a lot of money, but for the Corporations its pennies as they dabble in Billions and Trillions.

Small change compared to what they should be really paying. I will in the next few weeks post more details about how to interpret these headlines as George Osborne and company are all part of this problem. If we don’t understand this, then we will never be able to effect positive change in the country and save our public services from being privatized by Politicians and their handlers/paymasters.